You are here: Home • Koh Samui blog • Wills and Succession in Thailand: Guidelines in 2022

Wills and Succession in Thailand: Guidelines in 2022

So you have decided to buy in Thailand to live there or for a rental investment. You obviously wish that your family or your spouse can, in the long term, benefit from this acquisition. How to make so that your close relations are in safety and that they can inherit your inheritance during your lifetime? 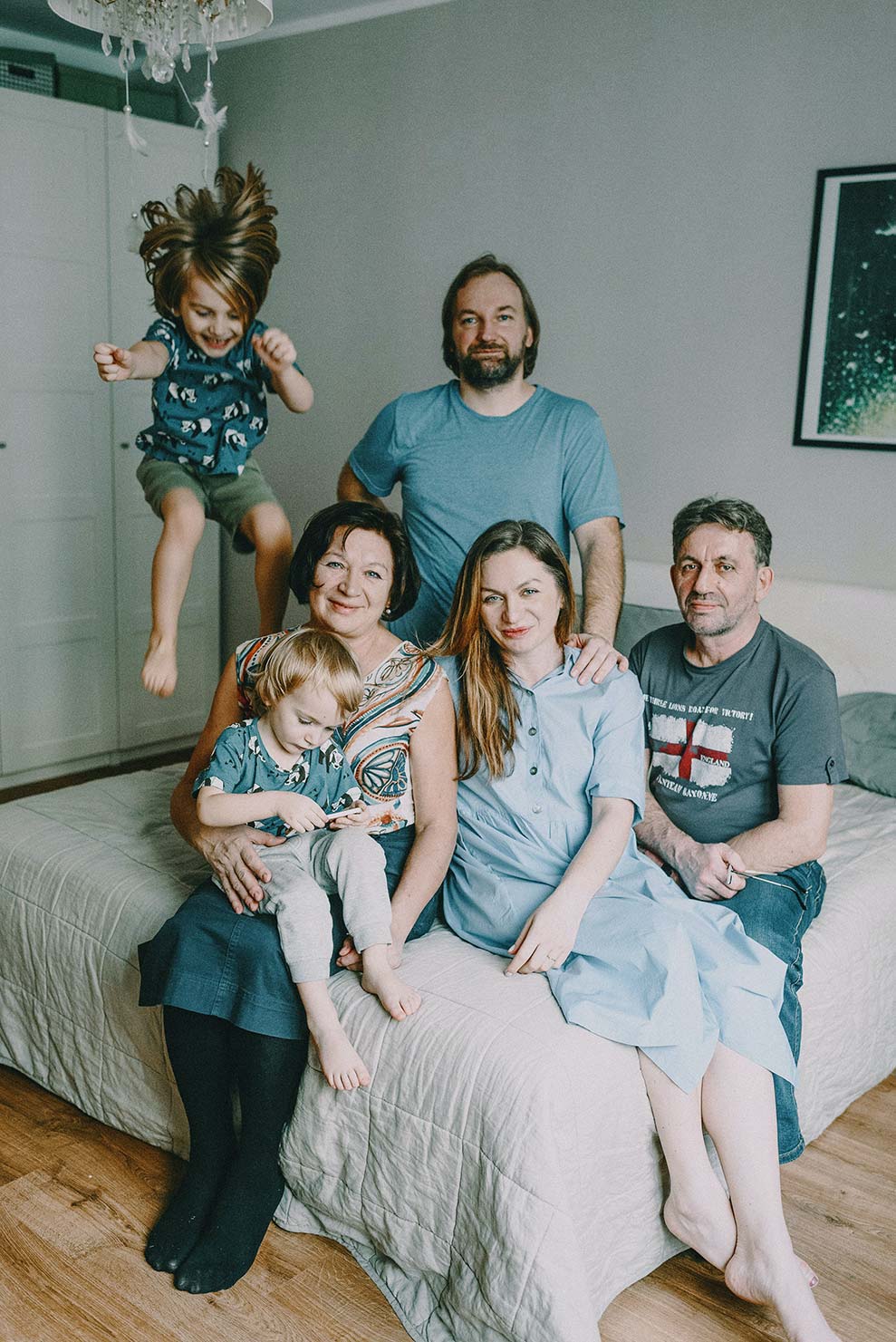 While it is never pleasant or easy to think about one’s own death, it is still important to prepare for this legally inescapable moment, if only to ensure that those around you do not have to deal with the complexities of the legal system, especially when owning property in a foreign country like Thailand.

The Pays du Sourire has a whole legal apparatus in matters of succession and inheritance that is both complex and rigorous and bears no resemblance to France. Therefore, writing a Will is always a wise precaution, especially for a foreigner holding property in the Kingdom.

Here are the important things to know about its execution, as well as the consequences and commitments that such an act entails.

The importance of writing a Will

Thai law is very clear in the event that a foreigner with Assets in the Kingdom were to disappear without a Will: his relatives (especially those residing outside Thailand) would have much more difficulty in accessing his inheritance after his death.

Although, as in most countries, “When a person dies, his estate devolves to the Heirs”, when a person dies without a Will in Thailand, it is the Law that will decide who will benefit from the deceased’s estate, which is called “Legal Heirs”. From then on, they must go to court to assert their rights. They must prove the death, their family ties and the chain of heirs for the Court to appoint a “Testamentary Administrator”.

Thai law has very specific rules if a person dies without a Will. According to “Article 1635” of the Thai Civil and Commercial Code, the Spouse of the deceased will be entitled to half of the marital property, the remaining property is then divided between the Spouse and the Children or Legal Heirs.

In Thai Law, there are 6 classes of Legal Heirs, each class having the right to inherit in the following order:

If the Heir is a minor or is of unsound mind or unable to manage his or her own affairs according to the guidelines of the Thai Commercial and Civil Code, the court will appoint a Guardian or Trustee. If there are no living relatives and no Will, the estate will go directly to the Thai State.

Finally, if the Heirs live abroad, they will have to travel to the Kingdom to conclude the succession.

Hence the importance of writing a Will during your lifetime in Thailand because the Court will only validate your last will and testament. 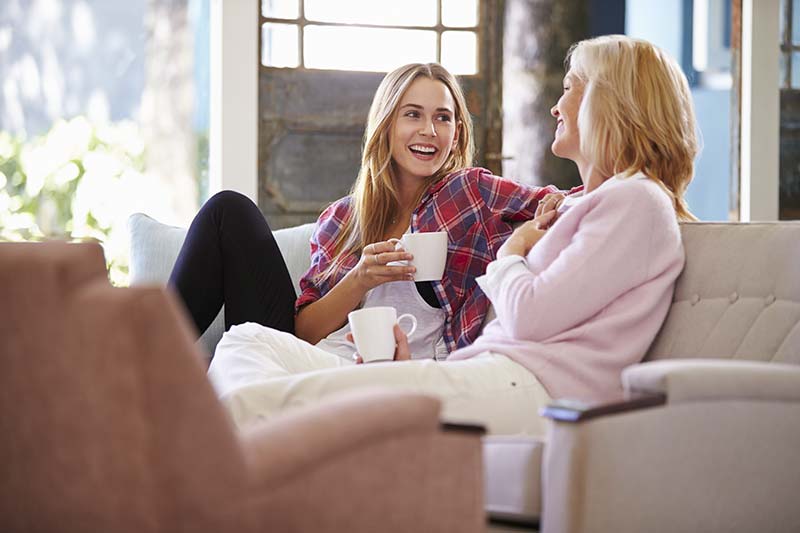 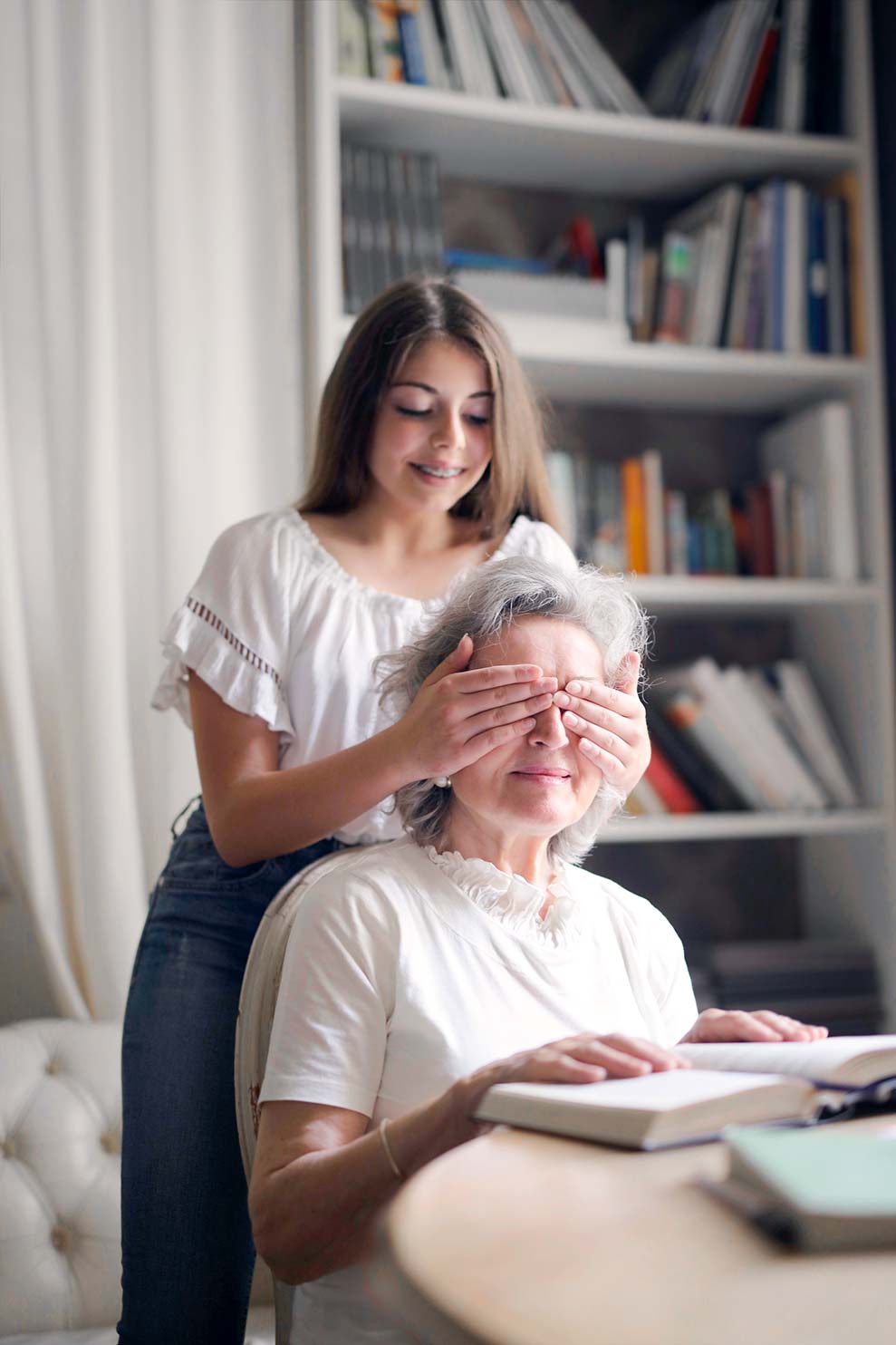 There are many advantages to making a Will while living in Thailand. The first one is to have the guarantee that your last wishes will be respected, but more importantly, by drafting the necessary formalities, it will avoid problems and quarrels within the family and relatives. It will also ensure that your estate will be settled much more easily.

Writing a Will is very important because, first of all, it allows you to choose the “Legal Heirs”, but also to appoint the Administrator of the estate, to choose Guardians in the case of children under the age of majority, to provide for Donations/Legs or to include/exclude specific persons, to decide on funeral arrangements.

In order for the beneficiaries to receive the assets, they must be listed in the Will. Assets can be real estate, investments, money in banks and even vehicles.

In Thailand, any capable person (legal capacity to give consent) who is 15 years of age or older can make a valid Will.

The Necessity of Having a Lawyer

With or without a Will, if there are Heirs, the contribution of a Lawyer will be of great help to you, if only to prepare the procedures of judicial probate in Thailand. Indeed, it is strongly advised to seek a professional specialized in estate planning and the drafting of legal documents so that the papers concerning your estate are in accordance with your last wishes, but also with the terms of the Thai Civil and Commercial Code.

The objective is to avoid poor drafting that would lead to possible disputes, would be very difficult to clarify and could last indefinitely in the event that the case ends up in court.

Only a Lawyer can apprehend and understand the subtleties of the Thai Law texts and will be able to advise and guide you to be clearer in the administrative meanders and to put in writing your desiderata, while mentioning clauses which you did not think of.

If you have a will drawn up in Thailand, it is advisable to do it in Thai language. It is not an obligation, but since we are in the Kingdom, it will make things much easier for the future. Indeed, if it is not written in Thai, the Executor of the estate or your heirs may have some problems. The Lawyer should be able to provide you with a bilingual Will, so that you can understand its contents. Obviously, a translation from Thai into English has a cost, as does the French translation (which will be more expensive).

In the Will, a person must be named as the Administrator of your estate. This person will be responsible for all the formalities in order to respect your last wishes after your death. The Will Administrator is also the person who will organize your funeral. You can order him or her to do certain specific things stipulated in the Will (such as scattering your ashes in the sea, being buried in a Chinese cemetery, etc.). If nothing is mentioned, the Will Administrator will decide. 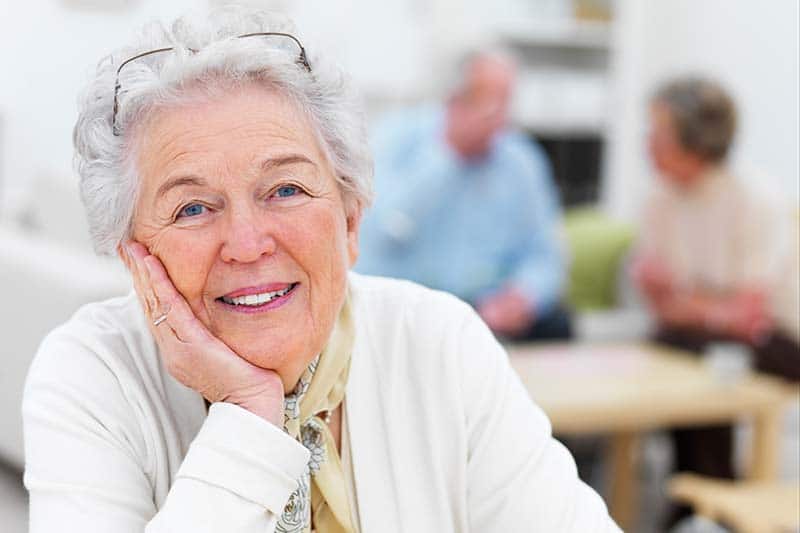 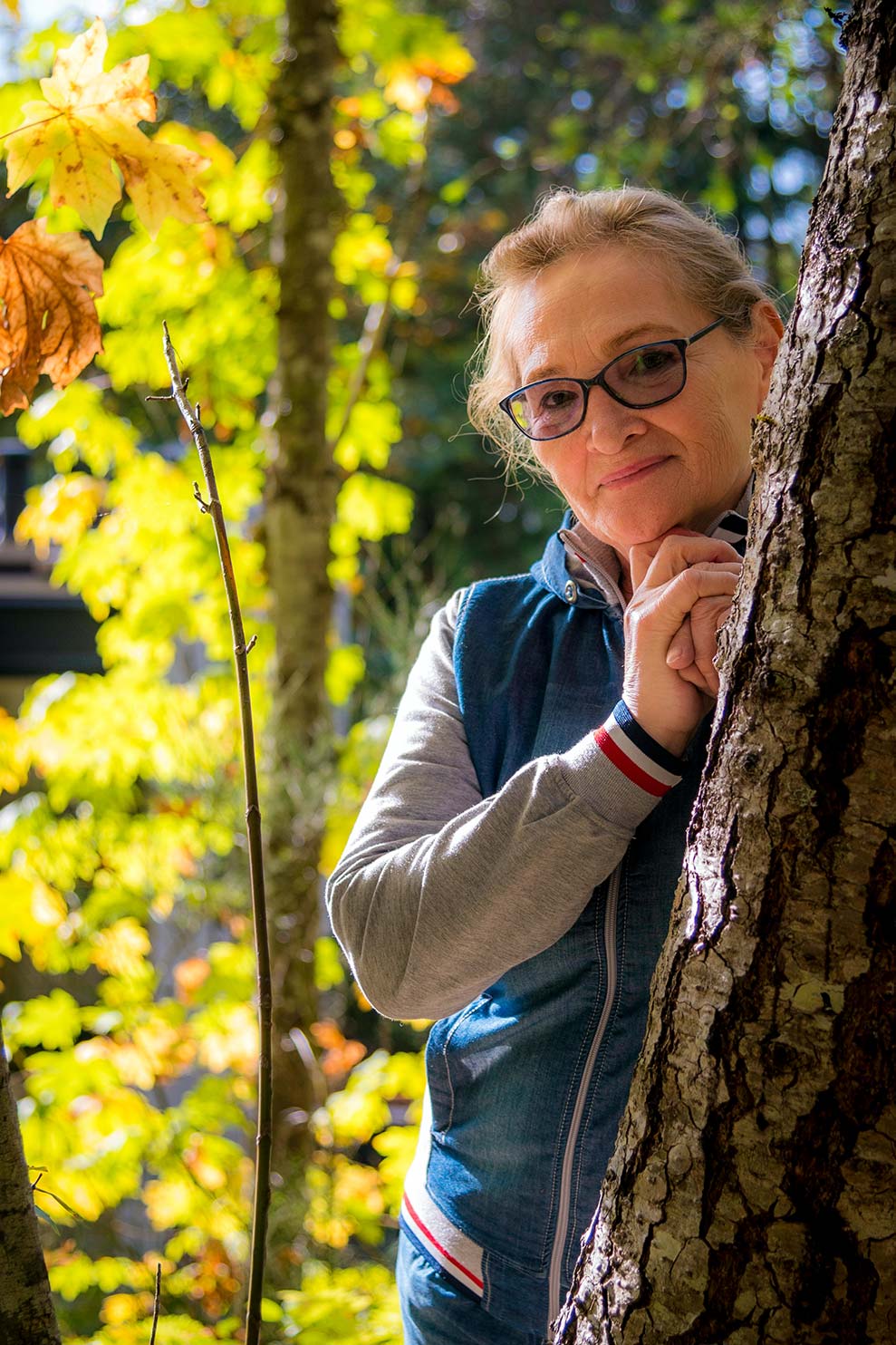 Foreign assets may be subject to inheritance tax in your home country.

In Thailand, the heirs must file the inheritance tax return with the Revenue Department within 150 days from the date of transfer of the estate. They can also pay the taxes in successive installments over a period of 5 years, the first two years of which are interest-free. Failure to file the declaration within the prescribed time limit may result in a fine being levied. In case of voluntary non-payment, the Tax Authorities may order the confiscation of the assets without requesting prior authorization from the Court. The heirs in question may then be sentenced to criminal penalties (imprisonment and/or heavy fines).

Generally, foreigners are not allowed to own land in Thailand. However, they can acquire land(s) by inheritance as a legal heir. Indeed, the law allows a foreigner to be granted ownership by authorization of the Minister of the Interior. In practice, the Minister delegates authority to the Land Department, and the Land Department never grants permission to foreigners to inherit land in the Kingdom.

As a result and by law, a foreigner who inherits land in Thailand has a period of not less than 180 days and not more than one year to transfer or sell the land to a Thai national. If a foreigner acquires land by inheritance as a legatee (through a Will), the Estate Administrator will dispose of the land and give the proceeds of the sale abroad.

If the land becomes unsold, the Director General of the Land Department will sell the land and charge a fee of 5% of the sale price before any deductions or taxes.

If the deceased had a lease, it ends with the death of the tenant. An inheritance clause may be included in the lease, but is not legally binding. A building can be owned by a foreigner and be passed on to the heirs.

A Condominium can be transferred to the heirs as long as the foreigner is eligible for ownership, but the heir must sell the building within one year.

With regard to the Bank Account, it is important to note that if the deceased’s account is joint with his spouse, the account goes directly to the spouse. Otherwise, the banks freeze the account if it is not joined at the death of the Owner. 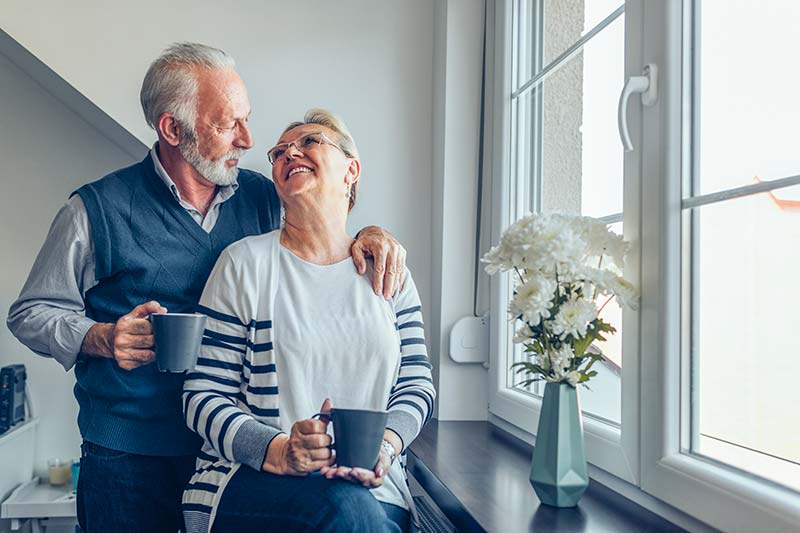 To conclude, I strongly advise you to draw up a Will if you are in possession of any kind of patrimony in Thailand, if only to clarify things and to ensure that this delicate moment of succession and inheritance takes place as peacefully as possible and in the best conditions.

As you can see, many rules in the Kingdom have little to do with France or your country of origin. This is why you must be careful when writing this document if you want your Will to be valid and in accordance with your last wishes. There are many rules to know and respect, which is why it is important to consult a specialist in the field.

A Thai lawyer will be able to guide you and explain these rules to you. It is important to be advised on what you can and cannot do in this country. Remember that it is normally inexpensive to make a Will in Thailand and it can be drawn up quickly. Most importantly, it will protect you and those around you and give you peace of mind.

Find below the latest articles from the asian.estate blog.

Without moving from your sofa

Get all the information about Koh Samui, the latest properties, news and especially the art of living on the island.

Join our 3000+ subscribers and receive our newsletter twice a month by email, in English or French. You can unsubscribe at any time!

You want to sell

© 2022 Copyright - asian.estate | website handcrafted with ❤ by our awesome team

find your dream in:

[weglot_switcher]
© 2022 Copyright - asian.estate | website handcrafted with ❤ by our awesome team
Scroll to top